The Bureau of Justice Assistance approved the grant applications in late September.

“These grants will allow our office and our partners to address the opioid epidemic on two critical fronts,” Mr. Early said. “I know we will be able to save lives.”

The Comprehensive Opioid Abuse Site-Based Program, funded with a $500,000 grant, will start in the Leominster, Gardner and Winchendon district courts and expand to district courts in Clinton, Fitchburg and Milford.

Clinicians from AdCare Hospital will work with police and prosecutors to identify and screen individuals who may be appropriate for diversion to substance abuse treatment programs.

The Innovative Prosecution Solutions grant ($360,000) will focus on Fitchburg and Milford with the potential to expand to other communities.

Research partners from Fitchburg State University will collect and review local data directly and indirectly correlated with overdose deaths to identify concentrated spots of overdose deaths, non-fatal overdoses and crime. Fitchburg and Milford Police along with the State Police Detective Unit assigned to the District Attorney’s will be able to use this information to identify larger scale drug distribution networks.

“I am looking forward to working with Fitchburg State University, which is a partner in both grants, AdCare Hospital, local police and the courts. I also want to thank Congressman James McGovern for his help in securing the grants,” Mr. Early said. “Working together, we can make a difference.” 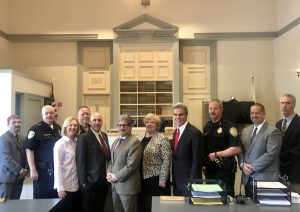 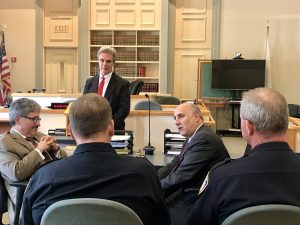 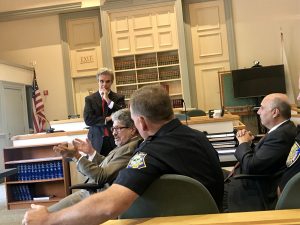 Fitchburg Mayor Stephen DiNatale talks about the impact of the opioid epidemic in North Central MA. 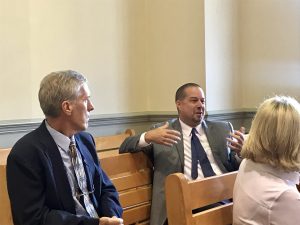 President of AdCare Hospital Jeff Hillis talks about the treatment his organization is providing to those going through the drug diversion program.