Officer Timothy Foley and Officer Daniel Pennellatore were presented with the District Attorney’s Team Excellence and Merit — TEAM — Award, which recognizes outstanding service by those in public safety.

“Their quick actions helped evade tragedy. They exemplify courage, bravery, and a commitment to protect others at all costs,” Mr. Early said. “We are incredibly grateful to have such outstanding officers in Worcester County.”

At 1:20 a.m. on Feb. 27, Officer Foley and Officer Pennellatore were dispatched to 73 Chilmark St. in Worcester where a fire had broken out on the third-floor porch and eventually engulfed the home in flames. Residents yelled for help as they assisted an 89-year-old woman down the hallway and toward the stairs.

Officers Foley and Pennellatore rushed into the home, locating those in need and carried the woman to safety. The woman was treated by paramedics and was not seriously injured. 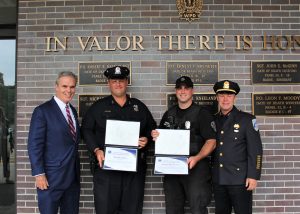 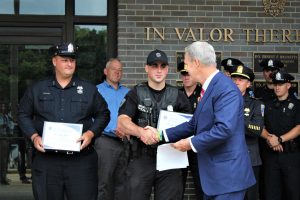 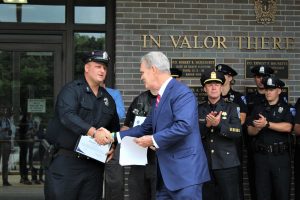 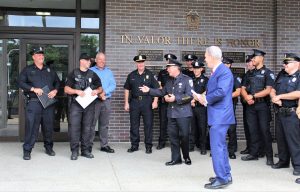 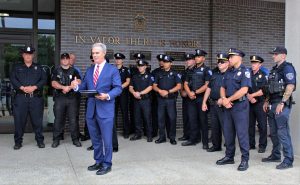