WORCESTER – Millbury firefighter Michael Breault was honored today for assisting in the rescue of three men from a burning truck on Interstate 495 while off duty last year.

Mr. Breault stopped on I-495 in Middleboro after seeing a truck veer off the road and catch fire. Mr. Early stopped to help and witnessed the rescue the morning of July 5, 2018.

“I’m very excited to present this award to a community hero. Even while off-duty, Michael continued to display selfless service and save the life of another individual in immediate danger,” Mr. Early said. “Michael is a true hero and leader.

“I also want to thank the other Good Samaritans and first responders who helped, including Mary Kate Murphy and Trooper Cory Medeiros. They risked their wellbeing for the sake of someone else.” 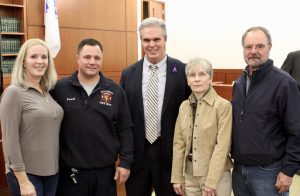 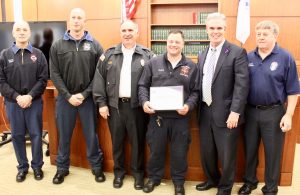 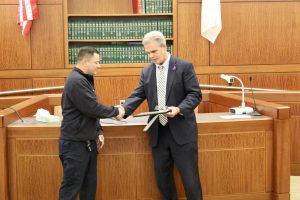 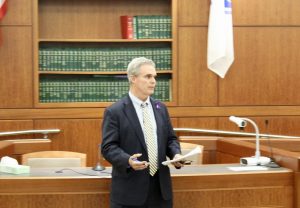