​The award is given each year to a non-attorney for their contributions to the legal community. Today’s virtual celebration was carried on Zoom.

​“Each year we recognize a community member with the Liberty Bell Award,” said Terry McLaughlin, president of the Worcester County Bar Association and chief trial counsel for the Worcester DA’s office. “The individual must promote a better understanding of the rule of law, encourage greater respect for the court and legal system, and promote good government throughout the community.”

​“Margaret is a tireless advocate for our court system and for the DA’s office,” Mr. Early said “As I like to say, she removes the anxiety, the tears, and the fears of people who are walking through the doors into our building who have been the victims of a crime.”

​Ms. Rwaramba, a 20-year veteran of the office, was named to head the victim witness program by Mr. Early in 2007.

​“I want to thank District Attorney Early for nominating me,” Ms. Rwaramba said. “I also want to thank President McLaughlin and the Worcester County Bar Association. I am humbled and grateful to receive this award.” 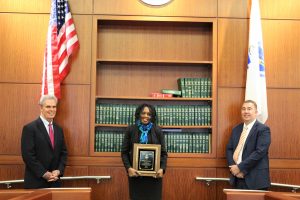 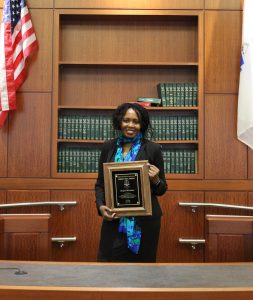