I remember sitting in a study hall when I was in high school, looking at pictures from Woodstock. I remember looking at the girls in these pictures and wishing I could be there, with them. I found the drug overdose deaths of Janis Joplin, Jim Morrison and Jimi Hendrix intriguing and exciting. I thrived on being rebellious, which was not an easy thing to do in my home. You see, my father was a career Police Officer/Vietnam Veteran and my mother was a strict Baptist Protestant. Both of my parents had extremely high moral standards and zero tolerance when it came to straying outside the code of ethics they had set for my siblings and I. They were extremely strict, and the rules that were put in place were enforced with great vehemence. If a rule was broken, the punishment was often painful, leaving me unable to sit down for a day or two. I learned quickly how to lie in order to avoid being punished. I learned how to sneak and manipulate any situation, and by the time I left home to go to college, I was ready to do EVERYTHING I had been forbidden to do thus far.

I graduated from high school with high honors, Silver “N” award, National Honor Society, and a whole slew of other awards. I took the police exam that summer, scored above average, and within weeks of getting the results, began receiving phone calls from police departments across Worcester County inviting me to join their department. I declined each invitation, not because I didn’t like police officers, but because I wanted to have FUN. I entered college in 1984 a virgin who had never smoked a cigarette or touched an alcoholic beverage. By Thanksgiving break I was a full fledged alcoholic, smoking 2 packs of Marlboro Reds a day, blacking out every time I drank and waking up in strange places without any memory of where I was or how I had gotten there.

For the next 24 years I ran hard. In the beginning I was a very functional addict/alcoholic. I left college before graduating with a 3.49 GPA. I got married to the man of my dreams and we had two beautiful children. Unfortunately, the man of my dreams was also the monster in my nightmares. He held my hand and took me to places I’d only heard about or seen in R rated films. Cocaine parties, crack houses, seedy bars in back allies that stayed open all night and smelled of cigarettes, spilled beer and sex. I LOVED IT ALL!!

Long story short, I’ve lied, stolen, cheated, manipulated, and beaten my way around drugs and alcohol for many many years. My body has been given away for drugs and taken without my consent for drugs. I’ve overdosed more times than I can count, had alcohol poisoning, been arrested and spent time in green overalls with many of the other women I ran with. I had a heart attack on a stretcher right in front of my father. I’ve attempted suicide several times and on at least one occasion the attempt was too close for comfort. My children were taken from me and placed with other family members because I was so strung out on drugs I couldn’t take care of them. I’ve been in detoxes, rehabs, halfway houses, locked psych units, and police station holding cells all over New England. I’ve been sectioned countless times, and I’ve walked away from detoxes wearing nothing but a johnny on cold rainy days because the thought of not getting high was more painful than walking barefoot down a city sidewalk in the cold.

My husband was diagnosed with cancer when he was only 40 years old. Because he, and I, were always getting high/drunk, he did not get medical treatment when he first started getting sick, and by the time we got him to a specialist, the cancer had spread to his lymph nodes and he was given 3 to 6 months to live. Mind you, he and I had separated long before the cancer and we, as a family, had just reunited when he got the diagnosis, so you can imagine how difficult it was for us both. I had just gotten him back and I wasn’t ready to lose him again. I dropped everything in my life and brought him home to take care of him. I never left his side those 7 months and I never once picked up a drink or drug, despite the fact that he was taking high doses of Oxycodone and Percocet as well as Morphine and Ativan. I knew that I needed to stay clean for him, to make sure he didn’t suffer. And I did. When he died (11/7/08) I was sitting there by his side, holding his hand. Shortly before he became nonresponsive, he begged me to do whatever I had to do in order to stay sober so that I could take care of our children. I promised him that I would. He said he loved me one more time, he closed his as I kissed his cheek, and then, he was gone. He was 41 years old and he was dead. Drugs had destroyed him and taken away any chance he might have had of recovering from drug addiction as well as from a cancer that statistically had a very high survival rate.

I tried to stay clean, I really did. But then Thanksgiving came and he wasn’t there at the table with us, and then it was my birthday and I was not in the “recovery” state of mind. Instead, I was in the “gotta call my connect, gotta get high, gotta get outta here” state of mind, and that’s exactly what I did. For the next month I ran so hard I nearly killed myself. Unfortunately, I never once stopped to think about what my children were going through. They had just watched their Dad, who for the most part, was absent a majority of time while they were growing up, and here I was, out getting high and destroying myself. The damage I did was deep, and still, today, my children are dealing with the residual effects my addiction had on them.

I can’t tell you what it was, exactly, that changed. I don’t know if I actually had a spiritual awakening, or if I was just so tired I couldn’t run anymore. All I know is that one day I was getting high on the streets of Main South and the next day I was begging the intake person at the ER to send me someplace so I could get clean. It didn’t happen overnight, and it wasn’t easy. In all honesty, for me, getting clean and staying clean was the most painful thing I’ve done so far in my life. Facing my feelings, my family, my friends and everything/everyone else I abandoned while using was brutally painful, and over the 24 years of active addiction, I never ever let myself feel anything. I hid from it all in a great big cloud of drug use and alcohol consumption. I’ve had to relearn everything I do, including how to feel without running. I’ve learned how to be a Mom, a Daughter, a Friend, a Girlfriend and an Employee. Most of all, I’ve learned about KIM. I’ve become a whole person, happy with the woman in the mirror staring back at me every morning as I wash the sleep out of my eyes.

In 2014, after being “clean” for 5 years, I stopped taking all prescribed medication, quit smoking cigarettes, and began the next step of Recovery. I’m a full time student maintaining a 4.0 GPA as I work towards several medical certifications as well as a BS in Sociology and an MS in Nonprofit Management. I became a Certified Recovery Coach and completed an Addiction Counselor course through AdCare and I’ve used what I was taught to help several fellow addicts find the resources and network support they needed to find their own path in Recovery. Because of my active addiction and poor parenting during her childhood, my daughter has struggled with her own issues , and today I am raising 3 of her children (my grandsons). I fully support her in everything she does, doing my best to not enable her while still giving her my undivided attention as she works to become healthy and independent. I am cofounder/facilitator of Grandparents Raising Grandchildren South Central MA and volunteer my time to help other grandparents and grand-families who have suffered the consequences of a loved one’s addiction. I hold a support group for Grandparents, and do my best to recruit the help and support others may need from agencies and other networks in and around the community.

I do not know everything there is to know about recovery, because every day is a new challenge, with different triggers and a never-ending supply of stressors. However, I KNOW that if I were to pick up a drink or drug right now, the chances of me dying are pretty high. I KNOW that even though I haven’t used for a few 24 hours, that doesn’t mean I’m cured. I KNOW that while I still have a relapse under my belt, the chances of me having another recovery under there is pretty slim. I KNOW that in order to remain true to my recovery, I must work my program of recovery with diligence. Honesty and accountability are the two most important things in everything I do. I am a work in progress, I am openminded, I am willing to admit when I need help, and I am ready to offer a helping hand to others who are still struggling with the disease of addiction.

My story is not unique with one exception. I am still alive when so many I knew and loved are not. My name is Kim and I am a person in long term recovery. 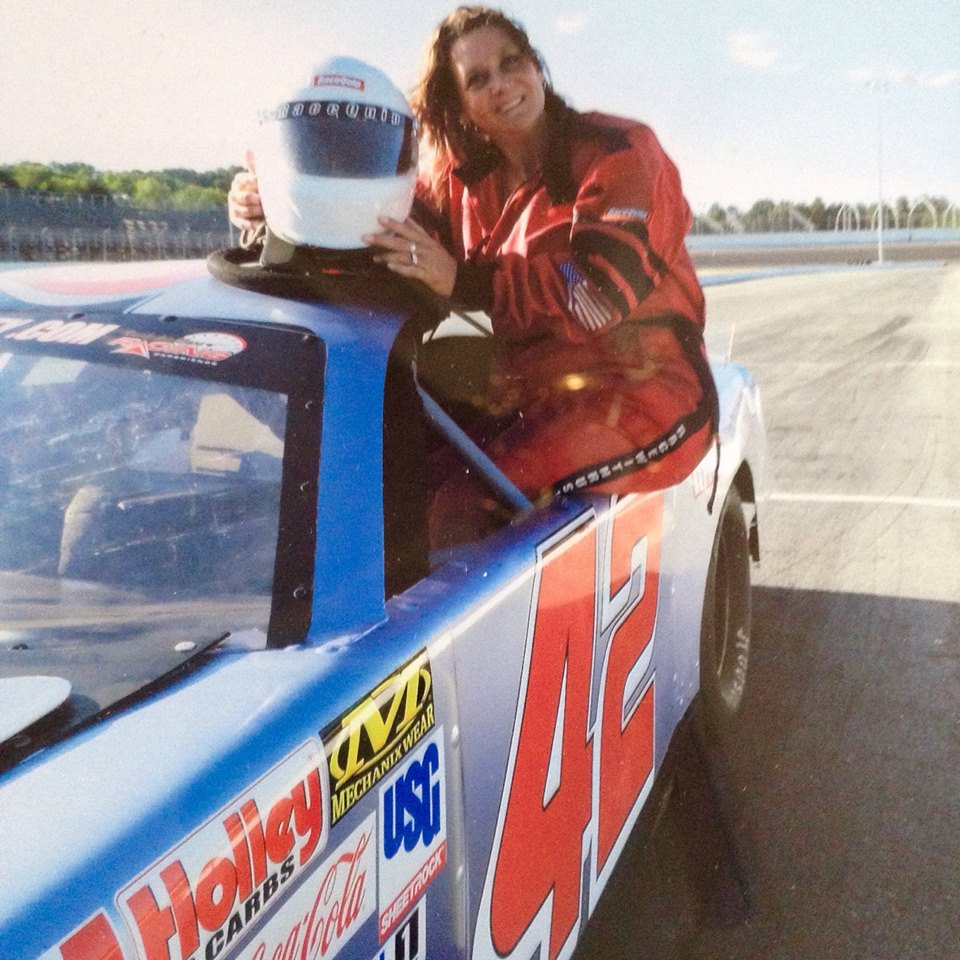