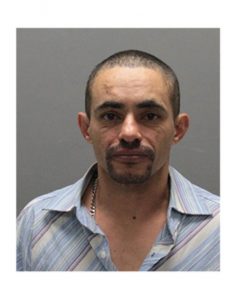 Mr. Early identified the man as Jusselo D. Dos Reis. He is described as being 5-foot-6, 140 pounds with brown hair and brown eyes. He is believed to be driving a black 2003 Ford Explorer, Massachusetts registration 7JN555. (See attachment)

A warrant has been issued for his arrest for aggravated assault and battery with a dangerous weapon in relation to the Milford incident.

The Department of Homeland Security has informed law enforcement that Mr. Dos Reis is believed to have illegally entered the United States “without inspection.” Brazil is believed to be his country of origin. He lost his wallet in Milford and may be seeking replacements or using false documents.

The search is being conducted by the State Police Detectives assigned to the District Attorney’s Office, the State Police Violent Fugitive Apprehension Section as well as Milford Police and Worcester Police.