Body in Paxton Identified as Worcester Man, Being Investigated as Homicide

PAXTON – The death of a Worcester man whose body was found Saturday in the woods off of Asnebumskit Road in Paxton is being investigated as a homicide, according to Worcester County District Attorney Joseph D. Early, Jr.

The body of Ernest A. Appiah, 29, was discovered just before 7 a.m. on March 5 after a resident called 911 to report a body about 25 feet into the wooded area off the road.

The Office of the Chief Medical Examiner ruled Appiah’s death a homicide.

Anyone with information is asked to call the State Police Detectives assigned to the District Attorney’s Office at 508-832-9124. 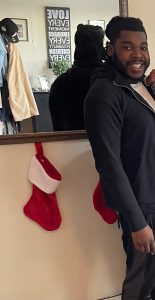